skip to main | skip to sidebar

A former professor of mine and all-around great guy, Abdourahman A. Waberi (or, if you can't read French, check out his Wikipedia page here), is getting ready to head off to Salvador do Bahia, Brazil for an amazing literary project called Pilgrimages.  In the words of the project's organizers:

"The Chinua Achebe Center for African Writers and Artists has chosen to celebrate Africa’s first world cup by sending 13 African writers to 13 cities for two weeks during the World Cup. Each writer will produce a book of nonfiction prose, Travel Literature, of 30,000 words, for publication in Africa and abroad.

Using multiple forms of media, the writers will first blog their journeys and create momentum online and on mobile phones while the World Cup is taking place. A media website will be created, with local correspondents introducing their cities to fellow Africans online. The climax of this process will be the launch of this new collection of thirteen books in four African cities in January 2012, during the African Cup of Nations Tournament.

The collection will be the most significant single addition to the continent’s archive of literary knowledge since the African Writer’s Series founded in the 1960s.

At a moment in time when the whole continent is more visible to its inhabitants and to the rest of the world than at any other since independence, PILGRIMAGES will reintroduce Africans to the literary world in the same form that so many outside writers have employed to create a distorted idea of us to the world."

For more on Pilgrimages, visit their website here.
Posted by Steffan at 11:34 AM 3 comments: 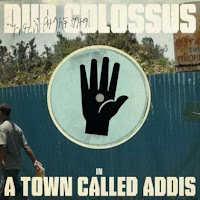 While browsing through a clothing store the other day, I noticed two racks of shiny new vinyl for sale.  I began flipping through their selection and amongst all the trendy pop albums (Grizzly Bear, the Talking Heads, etc.) I found Oh No's (the younger brother of Madlib currently signed with Stones Throw Records) most recent album, Dr. No's Ethiopium.  Finding this record reminded me that I've been meaning to do a post comparing it to Dub Colossus' A Town Called Addis ever since Oh No's album was first released.

The pop industry in the West has been appropriating African music into their creations (e.g. Paul Simon's Graceland, Radioclit's project with Malawian-born Esau Mwamwaya, The Very Best, among many others) to give their music that "exotic" air that is so often considered to be "cool" for as long as anyone can remember.  As with everything else, this strategy can result in something creative and enjoyable or it can end up sounding uninteresting and unoriginal.  In my opinion, Dr. No's Ethiopium and A Town Called Addis act as good representations of the two ends of the spectrum.

Both Dub Colossus and Oh No turned to Ethiopia as their source of exoticism.  Oh No, a hip-hop producer, opted to sample the old Ethio-funk/jazz sounds of the 60s and 70s in his beats.  It seems to me like he got most of his samples from the classic Ethiopiques (Buda Musique) CD series, using clips of songs by such legends as Mulatu Astatke, Mahmoud Ahmed, and Getatchew Mekurya.  The London-based dub producer, Dub Colossus, chose a different approach.  Instead of sampling, he actually collaborated with many of the most popular contemporary Ethiopian musicians for his album, combining his dub sound in the studio with the vocals and instrumentals of the artists with whom he worked.

The two albums are very different, using Ethiopian sounds from two separate eras, but the basic idea is the same.  I have my own opinion as to which one works better, but I'll keep that to myself.  Instead, listen to a few songs off each album, form your own opinions, and then let me know what you think (Click on the song title to listen/download):

I've posted about Baloji before, but he has really out done himself this time.  Below is the music video for his latest song, "Le Jour d'Apres/Siku Ya Baadaye (Indépendence Cha-Cha)."  It is a remake of the famous song celebrating the DRC's independence, "Indépendence Cha-Cha," by the father of Congolese rumba, Le Grand Kallé et l'African Jazz. 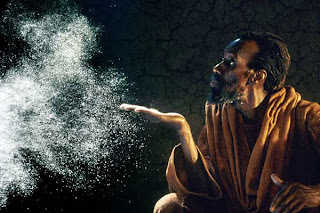 "Makmende uses viagra in his eyedrops just to look hard"

So, I'll admit I'm a bit late on this one.  Below is "Makmende Amerudi," the music video for Just A Band's new single, "Ha-He."


The video has gained considerable popularity recently and is being hailed as "Kenya's first viral internet meme." It's not hard to see why it's so popular.

Anyway, I've had Just A Band's new album, "82," for a while now and it's quite entertaining. You can listen to the full album and learn more about the group here.

Also, good article on the video's viral status here.
Posted by Steffan at 2:28 PM No comments:

Sorry I haven't posted anything new recently, it's kind of a crazy time for me. This is just a quick update to share a great song/video from South African artist JR featuring HHP. The song is called "Show Dem (Make the Circle Bigger)." Thanks to the guys over at Ghetto Bassquake for putting me on to this.


South Africa has been receiving a lot of attention in the blog world lately, presumably due to the upcoming World Cup. As a result, I've been turned on to its amazing and diverse music scene. There's a ton of great stuff coming out of the country right now, including Kwaito and all sorts of great Electro/Dance music (Pitori House, Shangaan Electro, just to name a few sub-genres). I'll try to put some of that up in the coming weeks, but this will have to do for now.

Lastly, Mulatu Astatke, the father of Ethio-jazz, just came out with a new album titled Mulatu Steps Ahead. You can listen to the first single off the album, "Green Africa," here.
Posted by Steffan at 9:01 PM No comments:

Posted by Steffan at 6:52 PM No comments: